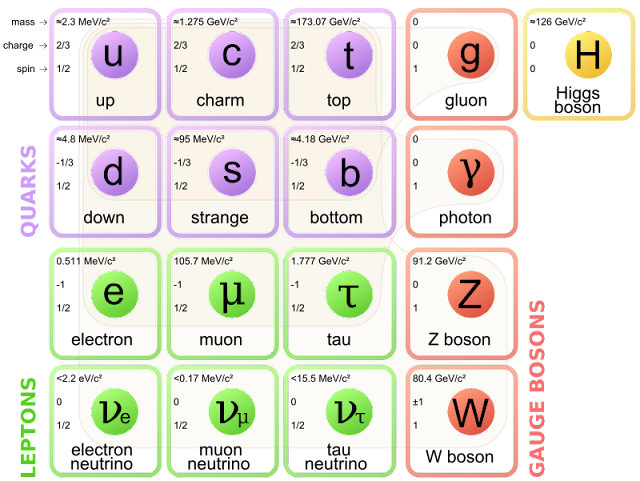 When the universe was only a fraction of a nanosecond old, photons formed, along with other elementary particles such as quarks. According to Einstein’s theory of relativity, energy and matter can change into each other, so when photons collided they turned into elementary particles with mass: for instance, electrons, and their anti-matter partners, positrons. This may seem surprising, for we perceive light as something pure and ethereal, beautiful in its intangibility. Yet even weighty materials, even dense metals such as lead and gold, can ultimately trace their origins back to light.

Image: The standard model of particle physics recognizes four kinds of gauge bosons: of which photons are one
Posted by Caspar Henderson at 09:52