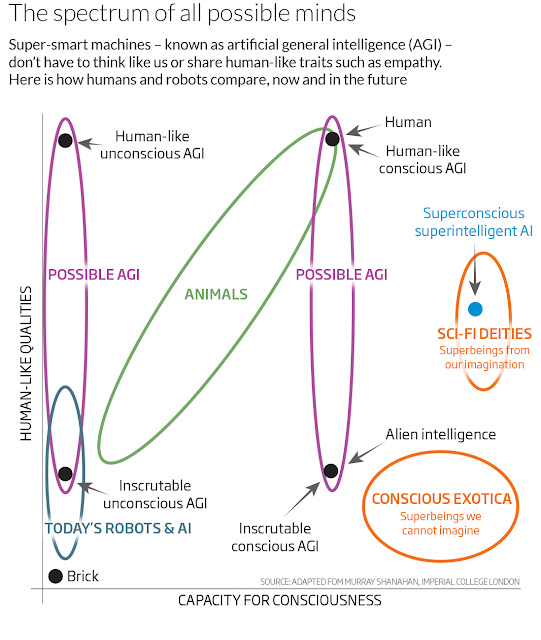 We have only just begun to live with smart machines. While we worry today about killer robots, the challenges to come may be turn out to be much stranger. One day, we may find ourselves living alongside aliens and angels.

from Forget killer robots: This is the future of supersmart machines by Sumit Paul-Choudhury

For generations most things people could see in the heavens never changed shape. The Moon and some comets were obvious exceptions.  Only recently has it been possible to see, with the aid of technology, the dynamism of the Sun's atmosphere, or movement in the clouds of Jupiter.

But images of change at larger scales — such as animations of galaxy evolution and distribution here and here — remain artefacts of reason, imagination and ingenuity rather than direct observation.

Our experience of stars, nebulae and supernovae is still mediated through static though often spectacular photographs.  Given how slowly the stars seem to change during a human lifetime this seems almost inevitable.

In this context, a clip showing fifteen years' expansion of the Tycho Brache Supernova remnant feels like something particularly remarkable, at least to me. At two seconds (blink and you'll miss it), it is the same length as the 1888 Roundhay Garden Scene, and no less momentous.
Posted by Caspar Henderson at 14:34 1 comment: