Where we got our music 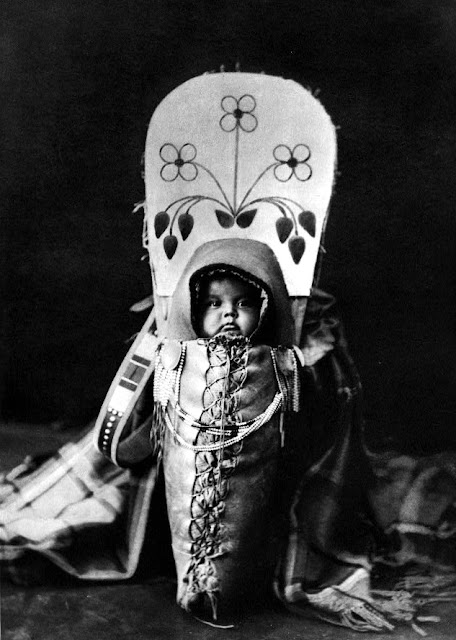 After about half an hour, the wind began to funnel down from the high southern pass, gaining force with each passing moment. A Venturi effect caused the gusts passing upstream through the narrow gorge to compress into a vigorous breeze that swept past our crouched bodies, the combined temperature and windchill now making us decidedly uncomfortable. Then it happened. Sounds that seemed to come from a giant pipe organ suddenly engulfed us. The effect wasn't a chord exactly, but rather a combination of tones, sighs, and midrange groans that played off each other, sometimes setting strange beats into resonance as they nearly matched one another in pitch. At the same time they created complex harmonic overtones, augmented by reverberations coming off the lake and the surrounding mountains. At those moments the tone clusters, becoming quite loud, grew strangely dissonant and overwhelmed every other sensation...

[Our guide Angus Wilson, a Nez Perce Indian] took us a cluster of different length reeds that had been broken off by the force of wind and weather over the course of seasons. As the air flowed past the reeds, those with open holes at the top were excited into oscillation, which created a great sound -- a cross between a church organ and colossal pan flute...

Seeing recognition in our faces, Angus then took a knife from the sheath at his belt and...selected and cut a length of reed from the patch, bored some holes and a notch into it and began to play...[Then] he turned to us and, in a measured voice, said: "Now you know where we got our music. And that's where you got yours, too."

from The Great Animal Orchestra by Bernie Krause

Thanks, Andrew Ray, for the reminder of this. 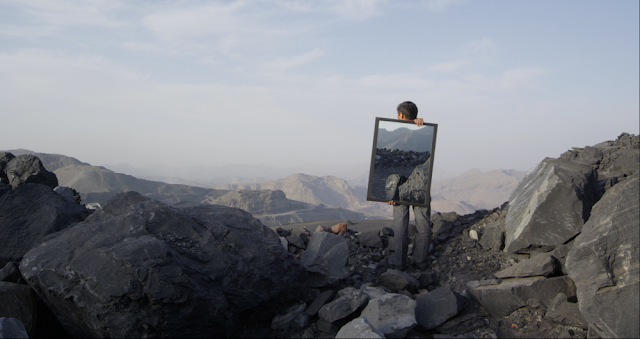 So much human sacrifice and environmental devastation have gone to create a false heaven.

— from a review of Behemoth by Zhao Liang


Once we sang in the sunshine and blithe, sweet air. But now I grieve upon the shattered Earth

—  a trailer for the film

The line between night and day 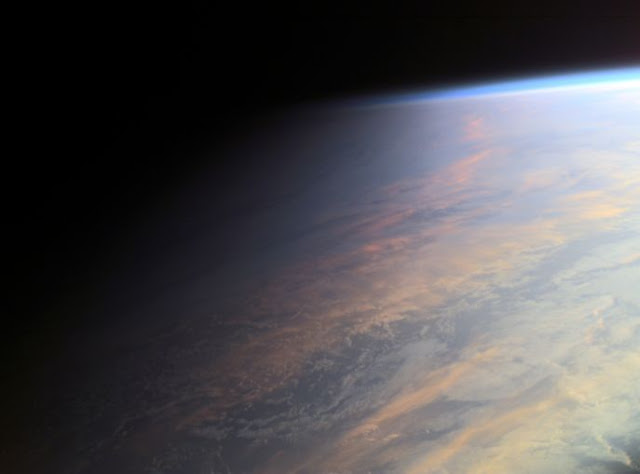 The Station goes around the world in an hour and a half, which means it flies through fifty minutes of day, followed by fifty minutes of night, endlessly repeating. This means that during a seven-hour spacewalk, you may see four sunrises and sunsets. I remember holding onto a handrail on the outside of the Station, which was flying silently up the Atlantic, from south to north, and as we moved toward Europe I could see the terminator—the line between night and day—rolling up over the horizon ahead of us. The white sun sank quickly behind us in a showy flurry of orange, pink, and red horizon bands, and then we were suddenly in twilight, floating into the dark half of the world. The terminator flicked over us, and, in the deeper darkness ahead and below us, I could see a huge lit-up city, glued to the curved Earth, sliding up over the rim of the world to meet me. I could see the structure of the city, with its glowing heart, its network of roads and its halo of suburban lights fading into the dark countryside. The city was Cairo, looking beautiful and radiant. Down there, millions of people were trying to make a living, find or keep a job, provide for themselves and their families, and worrying about the future. I could cover all of them with one outstretched hand. Cairo slid under and then behind me, and more cities rolled into view over the horizon, all tacked to the outside curve of the planet surface, and all seemingly moving toward us, rather than us toward them.

Image via APOD
Posted by Caspar Henderson at 10:49 1 comment: