"A world in which everything matters" 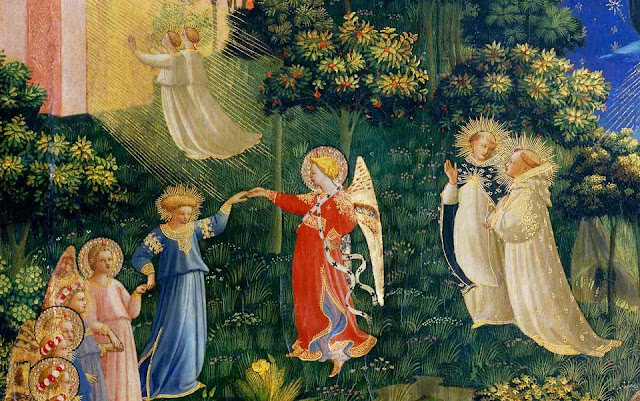 I noticed something about Angelico’s paintings that I hadn’t before. It had to do with the way his figures used their hands. His is a vision of the world as it might appear through the eyes of a compassionate God: a world in which everything has existential value and nothing is without meaning. What makes his paintings so moving is that the people in them share that vision. You see this in the way they reach out for one other, and touch everything gently, with infinite care, as though it were priceless. With every touch they seem to affirm the sacredness of the world. Henry James had understood this from the start: ‘No later painter,’ he wrote in Italian Hours, ‘learned to render with deeper force than Fra Angelico the one state of the spirit he could conceive – a passionate pious tenderness … his conception of human life was a perpetual sense of sacredly loving and being loved.’

...It struck me that this is what faith is – not a set of propositions you hold to be true, or a set of rules you follow, but an atmosphere you live in, that changes your experience of the world, your sense of what and how things are.