A terra incognita of wonders 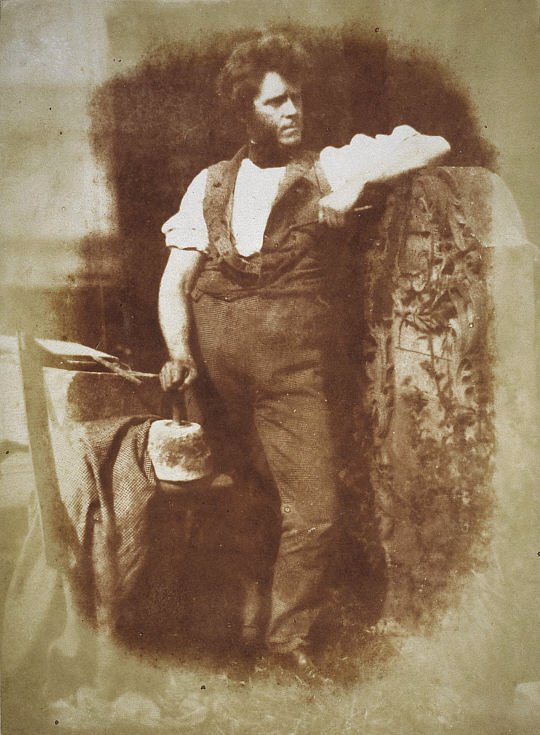 In his account of his first discovery of Devonian fishes in The Old Red Sandstone, Hugh Miller describes how he split open a calcareous nodule and found inside 'finely enamelled' fish scales. 'I wrought on each with the eagerness of a discoverer entering for the first time a terra incognita of wonders, Almost every fragment of clay, every splinter of limestone nodule contained its organism - scales, plates, bones, entire fish...I wrought on until the advancing tide came splashing over the nodules and a powerful August sun had risen towards the middle of the sky; and were I to sum up all my happier hours, the hour would not be forgotten in which I had sat down on a rounded boulder of granite by the edge of the sea, and spread out on the beach before me the spoils of the morning.'

The photograph of Hugh Miller was taken in 1843. The day he describes in this passage was in the summer of 1830.
Posted by Caspar Henderson at 07:46