"Such music I never dreamed of" 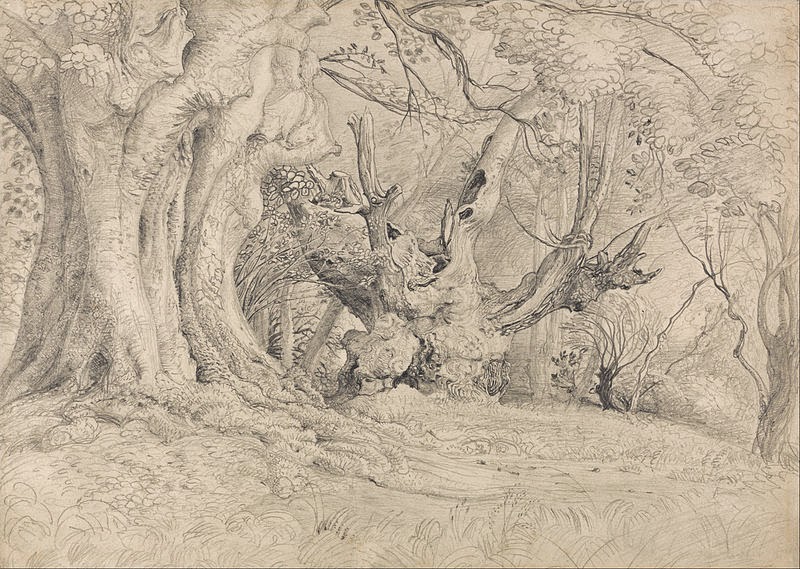 Breathless and transfixed the Mole stopped rowing as the liquid run of that glad piping broke on him like a wave, caught him up, and possessed him utterly. He saw tears on his comrade's cheeks, and bowed his head and understood. For a space they hung there, brushed by the purple loosestrife that fringed the bank; then the clear imperious summons that marched hand-in-hand with the intoxicating melody imposed its will on Mole, and mechanically he bent his oars again. And the light grew steadily stronger, but no birds sang as they were wont to do at the approach of dawn; and but for the heavenly music all was marvellously still.

Image: Ancient Trees by Samuel Palmer (1828) via wikimedia
Posted by Caspar Henderson at 08:40