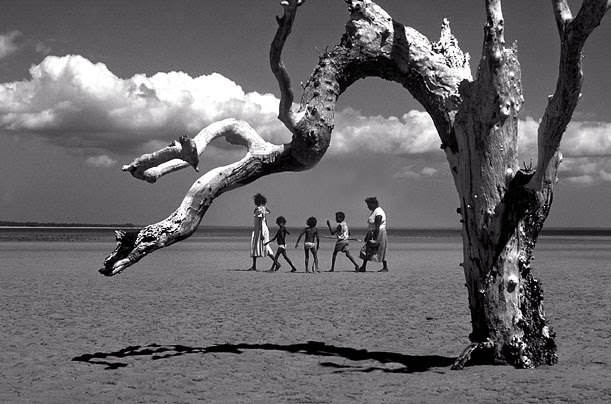 Australian Australians have passed memories of life before, and during, post-glacial shoreline inundations that happened 10,000 years ago or more. Some can still point to islands that no longer exist, and provide their original names.


In one of the stories of the Ngarrindjeri people, the ancestral being Ngurunderi chased his wives until they sought refuge by fleeing to Kangaroo Island—which they could do mostly by foot. Ngurunderi angrily rose the seas, turning the women into rocks that now jut out of the water between the island and the mainland. Assuming this tale is based on true geographical changes, it originated at a time when seas were about 100 feet lower than they are today, which would date the story at 9,800 to 10,650 years ago.

A story told by the Tiwi people describes the mythological creation of Bathurst and Melville islands off Australia’s northern coastline, where they live. An old woman is said to have crawled between the islands, followed by a flow of water. The story is interpreted as the settling of what now are islands, followed by subsequent flooding around them, which the researchers calculate would have occurred 8,200 to 9,650 years ago.

An early European settler described Aboriginal stories telling how Rottnest, Carnac and Garden Islands, which can still be viewed from the shores of Perth or Fremantle, “once formed part of the mainland, and that the intervening ground was thickly covered with trees.” According to at least one story, the trees caught fire, burning “with such intensity that the ground split asunder with a great noise, and the sea rushed in between, cutting off these islands from the mainland.” Based on the region’s bathymetry, the researchers dated the story back 7,500 to 8,900 years.

Stories by the original residents of Australia’s northeastern coastline tell of a time when the shoreline stretched so far out that it abuted the Great Barrier Reef. A river entered the sea at what is now Fitzroy Island. The great gulf between today’s shoreline and the reef suggests that the stories tell of a time when seas were more than 200 feet lower than they are today, placing the story’s roots at as many as 12,600 years ago.