A bowl used in the tinting of the birds 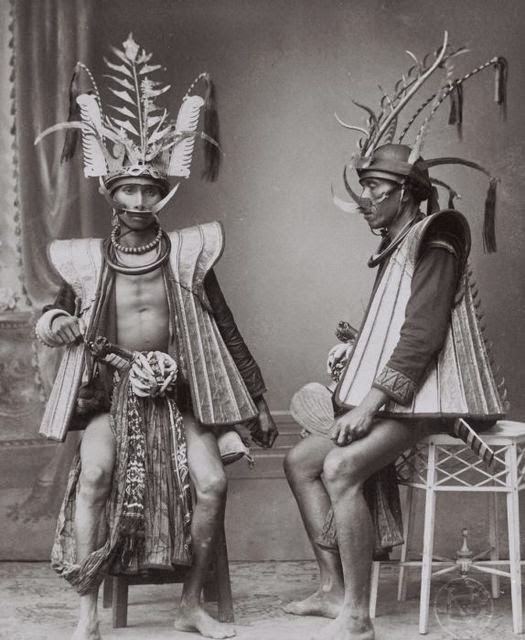 The shape of the [rainbow] caused primitive (sic) peoples of Nias to fear it as a huge net spread by a powerful spirit to catch their shadows or souls. Among Finns and Lapps it was the sickle or bow of the Thunder God, a skilful archer whose arrow is the lightning. Some held it to be the god's crossbow and said that ancient stone weapons found in the ground are the bolts which he had used to kill the Forest Spirit hiding among the trees. In middle and northern Asia it is related that the rainbow is a camel with three persons on its back: the first beats a drum (thunder); a second waves a scarf (lightning); and the third draws reins causing water (rain) to run from the camel's mouth. The Blackfoot Indian called the rainbow "Rain's Hat" or "the Old Man's Fishing Line," or "The Lariat."  Among Germanic myths is one which looks on the rainbow as the bowl which God used at the time of the creation in the tinting of the birds. To the Greenlander the rainbow has been the hem of god's garment, to the ancient Welsh, the chair of the goddess Ceridwen.

— from The Rainbow, from Myth to Mathematics by Carl Boyer (1959)

Email ThisBlogThis!Share to TwitterShare to FacebookShare to Pinterest
Labels: Rainbow