No underneath, no above 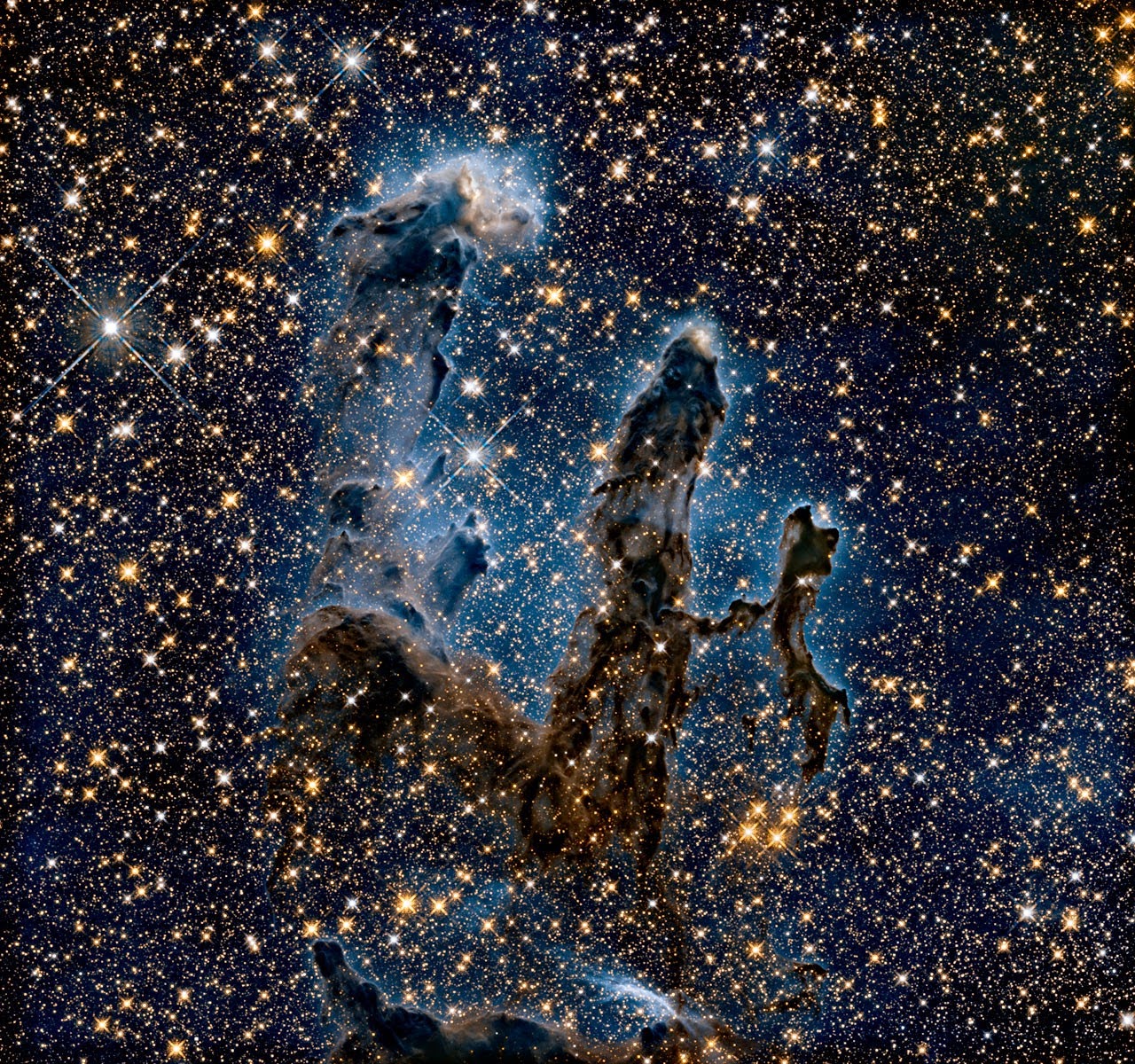 Here was the centre of the world, the sun swung round us; we rode at night straight away into the space of the stars. On a dry summer night, when there was no dew, I used to lie down on my back at full length (looking to the east), on the grass footpath by the orchard, and gaze up into the sky. This is the only way to get at it and feel the stars: while you stand upright, the eye, and through the eye, the mind, is biased by the usual aspect of things: the house there, the trees yonder; it is difficult to forget the mere appearance of rising and setting. Looking straight up like this, from the path to the stars, it was clear and evident that I was really riding among them; they were not above, nor all round, but I was in the midst of them. There was no underneath, no above: everything was on a level with me; the sense of measurement and distance disappeared. As one walks in a wood, with trees all about, so then by day (when the light only hid them) I walked amongst the stars. I had not got then to leave this world to enter space: I was already there.

— from The Old House at Coate by Richard Jefferies, quoted by Rebecca Welshman


I would drink deeper; fish in the sky, whose bottom is pebbly with stars.

"We rarely recall our sense of being in the stars," says Charles Ross. His sculpture Star Axis is meant to offer "a place for that remembering."


Image: part of Eagle Nebula seen in infrared. NASA, ESA/Hubble and the Hubble Heritage Team via Ethan Siegel.
Posted by Caspar Henderson at 10:57