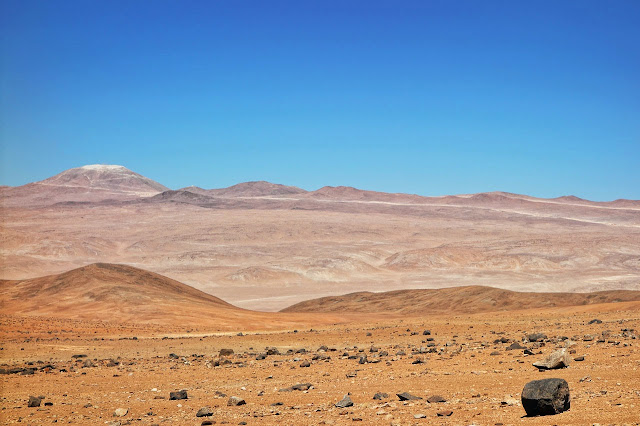 
Equipped with adaptive optics E-ELT should.... be able to routinely study Jupiter down to scales of about 20 kilometers – by comparison the Great Red Spot is at present about 20,000 kilometers across. Mars can be imaged to roughly 5 kilometer resolution (depending of course on the relative separation of Earth). In other words, on a nightly basis we will be able to monitor the worlds in our solar system with a fidelity comparable to fly-by missions of yore. [1]

I guess the adaptive optics resemble those at the Keck observatory in Hawaii, where lasers are beamed into the night sky to create artificial stars. The false stars become reference points because astronomers know what the laser should look like in the heavens were there no atmospheric distortion. That, at least, is part of how Steven Johnson describes them in How We Got to Now.

Johnson's reference to Keck is brief as his book explores a range of innovations that make the modern world.  None of those innovations are more important than those that transform the way humans extract energy from their surroundings, and in this regard the book highlights research at the US National Ignition Facility, which seeks "to create an artificial sun on Earth."  In Johnson's analysis this is looks likely to be a, if not the, great hope for meeting the energy challenge. [2]

But could solar technologies such as those being developed by the physicist and astronomer Roger Angel be a significant part of the way forward?   The technologies are, as Lee Billings puts it in this article, essentially clever ways of maximising efficiency in collecting, concentrating, channelling, or diverting the energy radiating from an already existing star. That could, I think, be rather wonderful. [3]

[1] I reviewed Scharf's book here. He has kindly said that my Book of Barely Imagined Beings contains "some fantastic ideas and insights to the nature of life."

[2] Brian Cox comes to the same conclusion in the last episode of his recent TV series The Human Universe.  A website for Johnson's TV series identifies some solar projects as sources for hope on a small scale.  Thanks to TH for loan of a copy of Johnson's book.

[3] On some environmental impacts of solar concentrators, and other technologies, see Rebecca Solnit.


Image: the site for the future E-ELT looks almost like Mars...if you ignore the blue sky, the snow on the peak and the extensive tracks.