As a man is so he sees 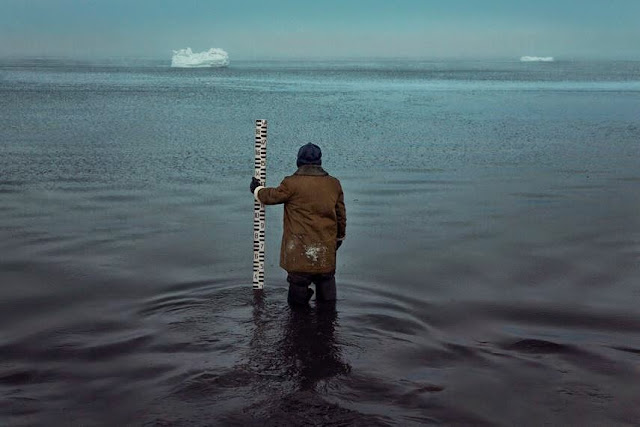 Fritz Hardenberg had spoken to him of a fable, which he had found…in the work of the Dutch philosopher Franz Hemsterhuis — it had been about the problem of universal language, a time when plants, stars and stones talked on equal terms with animals and with man. For example, the sun communicates with the stone as it warms it. Once we knew the words of this language and we shall do so again, since history always repeats itself…

[Fritz's father] replied that his son would not need a different language than German to conduct his duties as a future salt mine inspector.

— from The Blue Flower by Penelope Fitzgerald (1995)

Image: Vyacheslav Korotki photographed by Evgenia Arbugaeva. "He doesn’t have a sense of self the way most people do. It’s as if he were the wind, or the weather itself."
Posted by Caspar Henderson at 14:08