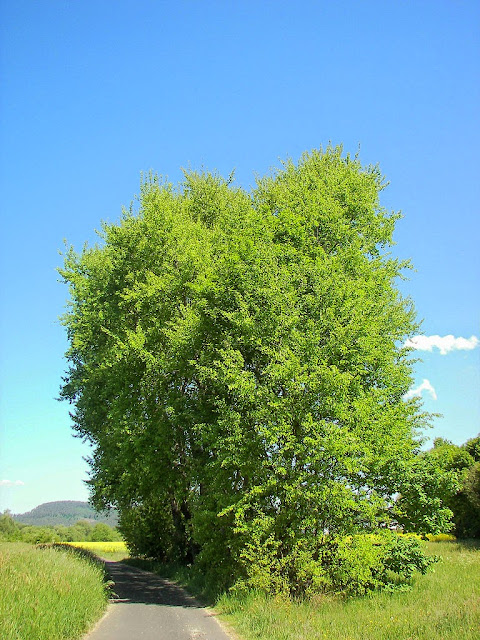 I found myself lying on the bank of a cart-road in the sand, with no prospect whatever but that small aspen tree against the blue sky. Languidly, but not idly, I began to draw it; and as I drew, the languor passed away: the beautiful lines insisted on being traced—without weariness. More and more beautiful they became, as each rose out of the rest, and took its place in the air. With wonder increasing every instant, I saw that they “composed” themselves, by finer laws than any known of men. At last, the tree was there, and everything that I had thought before about trees, nowhere.


Try always, whenever you look at a form, to see the lines in it which have had power over its past fate and will have power over its futurity. Those are its awful lines; see that you seize on those, whatever else you miss.

Image of European aspen by Willow
Posted by Caspar Henderson at 11:54