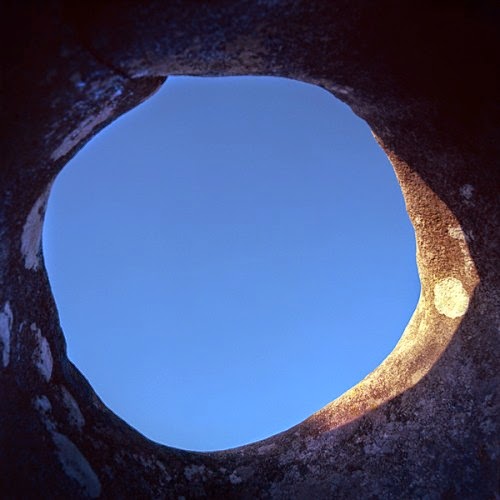 Tolmens are the result of a combination of natural forces. Obstacles in fast flowing rivers can create vortices in currents called 'kolks', which can generate enough force to move rocks weighing many tons. On a small scale they gather up gravel and stone and, as they spin and orbit these, can bore holes called 'rock-cut basins' in bigger stones. A basin formed on an overhanging slab, as it might under a waterfall or cascade, can be expend by freeze-thaw erosion that eventually cuts right through, leaving a neat circular hole. These holed rocks are called 'tolmen' from the Cornish for hole ('toll') and stone ('men').