The cosmos seen as a bubble 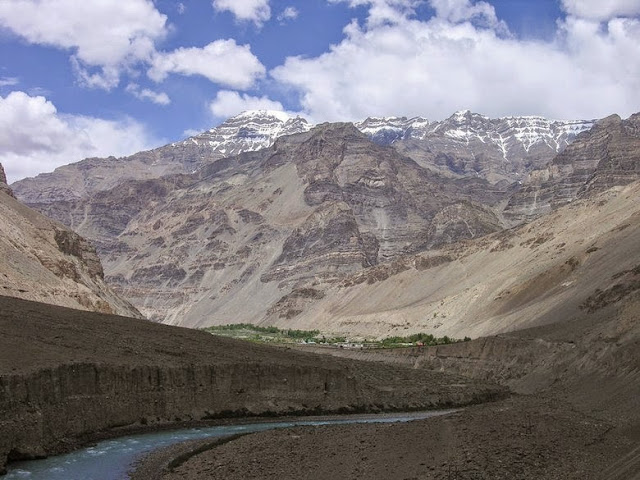 Moving through this crowded space, the pilgrim enters into the underlying “emptiness” — really a kind of infinite spaciousness—that is the stuff of Tibetan Buddhist reality. It may be strange to think that a universe so densely populated is actually, in some profound sense, empty. Judging by the literary sources we have available, to take this spaciousness into oneself, momentarily clearing heart and mind of the detritus that normally clogs our perceptions, provides a sense of vast psychic relief. The seemingly empty space is, however, a highly active arena within which our minds weave the web that we take to be the world—a world filled with objects such as Maitreya’s towers and manifold creatures and, of course, these same Buddhas and Bodhisattvas continuously emerging out of empty space and dissolving back into it.

The description in the Gaṇḍa-vyūha of Sudhana's vision of the towers of Maitreya could almost be from Italo Calvino's Invisible Cities:


He saw the tower immensely vast and wide, hundreds of thousands of leagues wide, as measureless as the sky, as vast as all of space, adorned with countless attributes; countless canopies, banners, pennants, jewels, garlands of pearls and gems, moons and half-moons, censers giving off fragrant fumes, showers of gold dust….Also, inside the great tower he saw hundreds of thousands of other towers similarly arrayed; he saw those towers as infinitely vast as space, evenly arrayed in all directions, yet these towers were not mixed up with one another, being each mutually distinct, while appearing reflected in each and every object of all the other towers.


View of the Tabo monastery by Christian Luczanits
Posted by Caspar Henderson at 08:34