At room temperature, air molecules reach speeds in excess of the fastest jet aeroplane. If we were reduced to the size of molecule, we would be bombarded by a molecular storm so fierce it would make a hurricane look like a breeze.

To make the molecular storm a useful force for life...it is tamed by molecular machines. 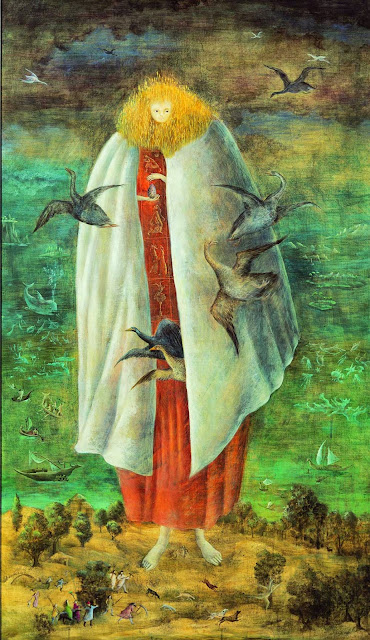 Image: The Giantess by Leonora Carrington (1947) via Apollo Magazine.

The phrase 'an infinite storm' is from Travels in Alaska by John Muir (1910).
Posted by Caspar Henderson at 12:52