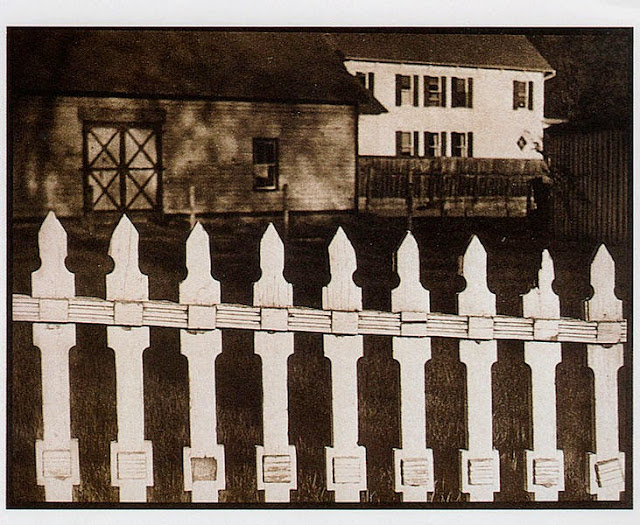 The problem of consciousness is an aspect of the question of what the world really is. We don’t know what a rock is, or an atom, or an electron. We can only observe how they interact with other things and thereby describe their relational properties...

While [the future of science] is unpredictable…the only certainty is that we will know more in future. For on every scale, from an atom’s quantum state to the cosmos, and at every level of complexity, from a photon made in the early universe and winging its way towards us to human personalities and societies, the key is time and the future is open.

Image: The White Fence by Paul Strand (c1917) via wikipedia
Posted by Caspar Henderson at 10:55