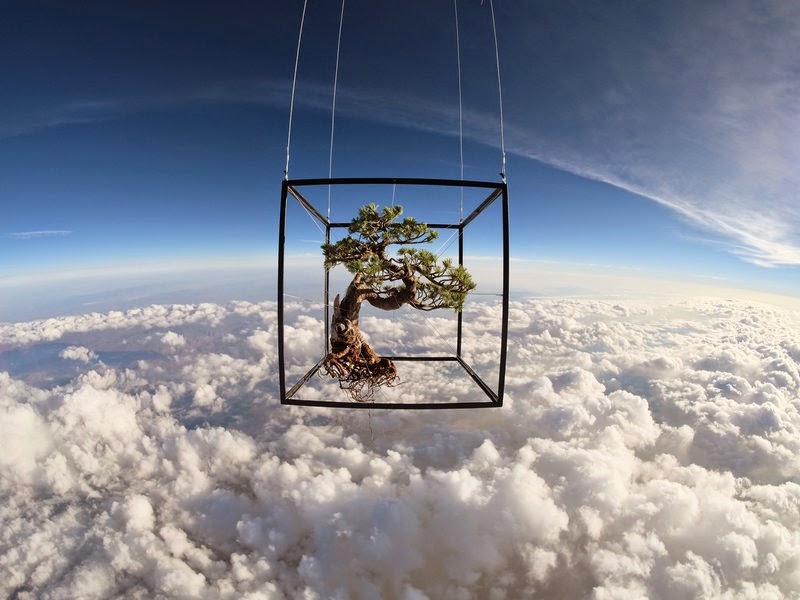 Quantum Field Theory, writes Alan Lightman, explains how all of space is filled up with 'energy fields,' usually called just 'fields' by physicists:


There is a field for gravity and a field for electricity and magnetism, and so on. What we regard as physical 'matter' is the excitation of the underlying fields. A key point is that according to the laws of quantum physics, all of these fields are constantly jittering a bit—it is an impossibility for a field to be completely dormant—and the jittering causes subatomic particles like electrons and their antiparticles, called positrons, to appear for a brief moment and then disappear again, even when there is no persistent matter. Physicists call a region of space with the lowest possible amount of energy in it the 'vacuum.' But the vacuum cannot be free of fields. The fields necessarily permeate all space. And because they are constantly jittering, they are constantly producing matter and energy, at least for brief periods of time. Thus the 'vacuum' in modern physics is not the void of the ancient Greeks. The void does not exist. Every cubic centimeter of space in the universe, no matter how empty it seems, is actually a chaotic circus of fluctuating fields and particles flickering in and out of existence on the subatomic scale. Thus, at the material level, there is no such thing as Nothingness.

Remarkably, the active nature of the 'vacuum' has been observed in the lab. The principal example lies in the energies of electrons in hydrogen atoms, which can be measured to high accuracy by the light they emit. According to quantum mechanics, the electric and magnetic field of the vacuum is constantly producing short-lived pairs of electrons and positrons. These ghostlike particles pop out of the vacuum into being, enjoy their lives for about one-billionth of one-billionth of a second, and then disappear again.


Image: Shiki 1 by Azuma Makoto via Smithsonian
Posted by Caspar Henderson at 08:58