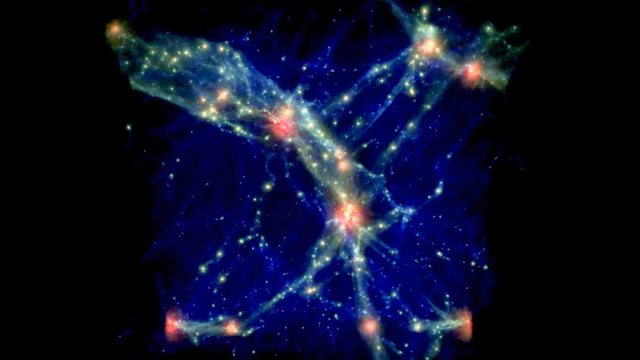 The Copernican principle states that, on the large scale, the universe is homogenous and is nowhere special.  But it is reported that at least three phenomena call that into question:

A group of gamma-ray burst emitting galaxies that form a ring 5.6 billion light years across – 6% of the size of the entire visible universe.

Some physicists argue that these phenomena may be evidence for brane theory — the idea that what we perceive as our universe is a single four dimensional membrane floating in a sea of similar (mem)branes spanning multiple extra dimensions.

Image via Daily Galaxy
Posted by Caspar Henderson at 17:17