A new idea of reality 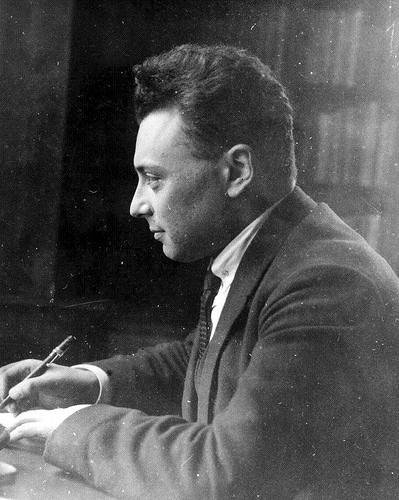 Richard Feynman once suggested that nature is like an infinite onion. With each new experiment, we peel another layer of reality; because the onion is infinite, new layers will continue to be discovered forever. Another possibility is that we’ll get to the core. Perhaps physics will end someday, with the discovery of a “theory of everything” that describes nature on all scales, no matter how large or small. We don’t know which future we will live in. But the observation of neutrino masses tells us that the adventure of discovery in which we are currently involved will not end here. There are still fundamental mysteries to be resolved.


Photo of Wolfgang Pauli via flickr
Posted by Caspar Henderson at 06:40