'We have just awakened into this cosmos, as from a dream' 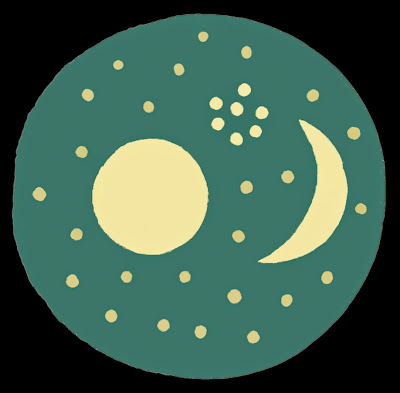 The ancient cosmos was not a complex mathematical structure. It was a sensory world, stitched together from people’s everyday experiences, people who had never seen Earth’s curves from orbit, or the night sky as magnified by a telescope...In the sacred Sanskrit text the Rig Veda, the universe begins as a symmetrical orb of pure potential, an egg surrounded by an infinite amniotic sea, which splits into two bowls of earth and sky, with the yolk-like sun hovering somewhere in the middle.

The earth that emerged from this primordial separation was usually a flat, round disc, wrinkled by mountains, cut through with rivers, and surrounded by ocean on every side. Above this disc was the closed dome of the sky, and below it was an underground realm of equivalent size. Together, they formed a sphere. Every night, the sun would travel through the invisible underworld after teetering over the horizon’s edge. The ancients knew this because the sun reappeared at dawn on the earth’s opposite side.

from Is Cosmology Having a Creative Crisis? by Ross Anderson

Images: Nebra Sky Disk, mid second millennium BC (Rainer Zenz) and illustration from Thomas Wright's Original Theory or New Hypothesis of the Universe (1750), an influence on Immanuel Kant's Universal Natural History and Theory of Heaven (1755)
Posted by Caspar Henderson at 16:39