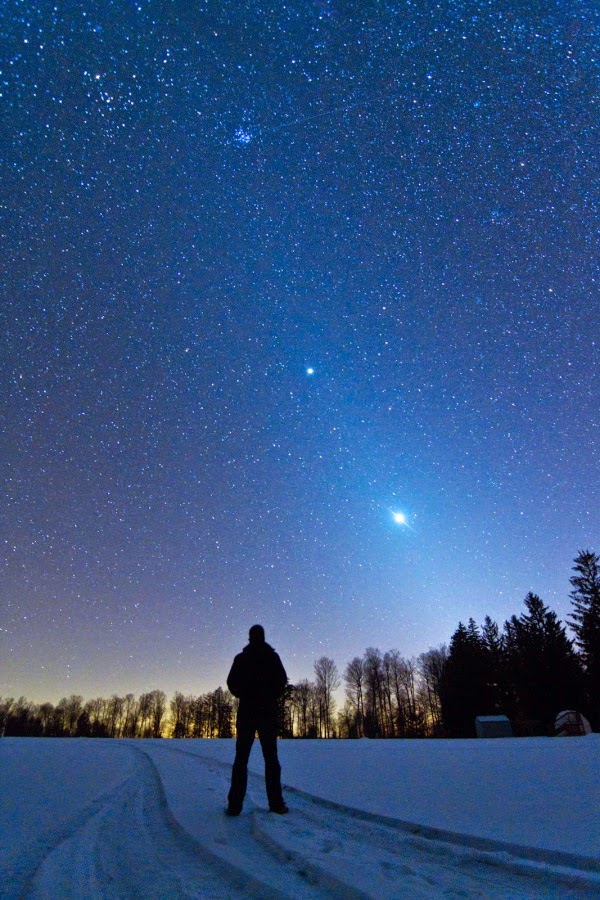 There is something else [besides planets, asteroids, comets etc] that fills the interstices of our solar system every so slightly, a component of interplanetary dust. Tiny grains of silicates and carbon-rich material are spread in an enormous and tenuous haze that blankets the inner planets. Distributed in the form of a puffed-up disk, this cloud reaches from around the orbit of Jupiter to within that of Mercury.

At their largest these grains are only a tenth of a millimetre across...and they number no more than one in every cubic kilometer. But...the solar system is a very big place, and a colossal number of these particles spread across local space can scatter and reflect light just as if they were motes glimmering in a sunbeam as they float across a room.

...Ancient Islamic astronomers called this glow in the heavens the “false dawn,” since it can...appear in the east an hour or so before the sun rises – as if time itself disappears and the Sun returns early to light up the world again. In fact it's not so much the world that's being illuminated, but the framework of the solar system, a dusty impression of the alignment of the planets in their huge disk of orbital paths, and of all the other objects sharing this same space...

Image: Jack Fusco via APOD
Posted by Caspar Henderson at 11:17