"...so unexpected a truce, so unilateral a peace" 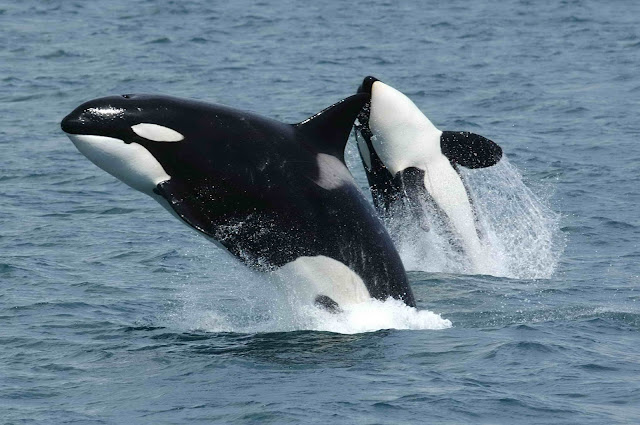 When breakthroughs happen, they don't come as confirmation of what we already know. They come as something unexpected, hard to fathom, something producing puzzlement, demanding new explanations. They come as things many people dismiss or scorn. Until they turn out to be true. So while I am wary of believing, I’m also wary of dismissing.  The many stories have pushed me into the “I just don't know” category. And it’s pretty hard to get me there.

When someone has spent decades devoted to observing certain creatures, their observations are not to be taken lightly. Dolphins solemnly accompanied a boat with a dead man about, other dolphins left their food to surround a suicidal woman at sea. Exactly what that means, that’s more difficult for humans to understand.

How do we explain the facts of so unexpected a truce, so unilateral a peace?  It seems to me that it is, yes, a big leap to go from the fact of no aggression to the idea that killer whales have chose to be a benevolent presence and occasional protectors of lost humans But what do the whales think? How is it that all the world’s free-living killer whales have settled upon this one way relationship of peacefulness with us?  Before I encountered these stories I was dismissive. Now I am shaken out of certainty. I’ve suspended disbelief. It’s an expected feeling for me. The stories have forces open doors I had shut, doors to the greatest of all mental feats: the simple sense of wonder, and of feeling open to the possibility of being changed.

Beyond Words: What Animals Think and Feel by Carl Safina (2015)