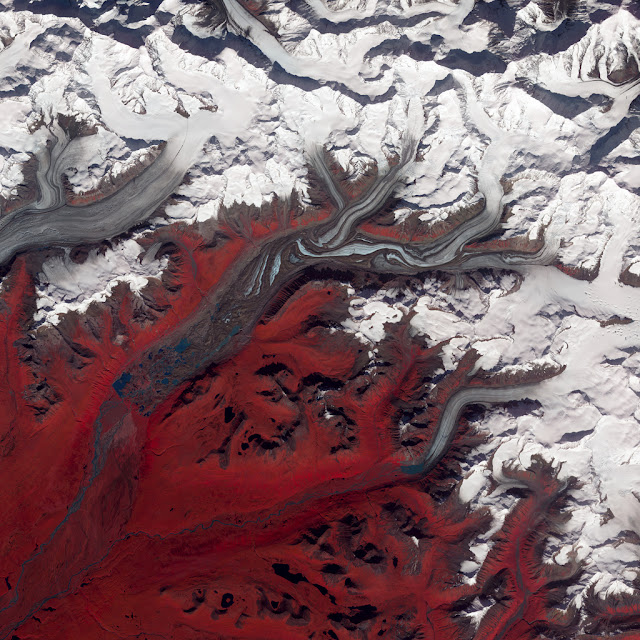 A landscape opened up before me. I felt as if I were standing on the top of a mountain, gazing out over a plain, covered by long, meandering rivers. On the horizon, more mountains rose up, between them there were valleys and one of the valleys was covered by an enormous white glacier. Everything gleamed and glittered. It was as if I had been transported to another world, another part of the universe. One river was purple, the others were dark red, and the landscape they coursed through was full of unfamiliar colours. But it was the glacier that held my gaze the longest. It lay like a plateau above the valley, sharply white, like mountain snow on a sunny day. Suddenly a wave of red rose up and washed across the white surface. I had never seen anything quite as beautiful, and when I straightened up and moved aside to make room for the doctor, for a moment my eyes were glazed with tears.