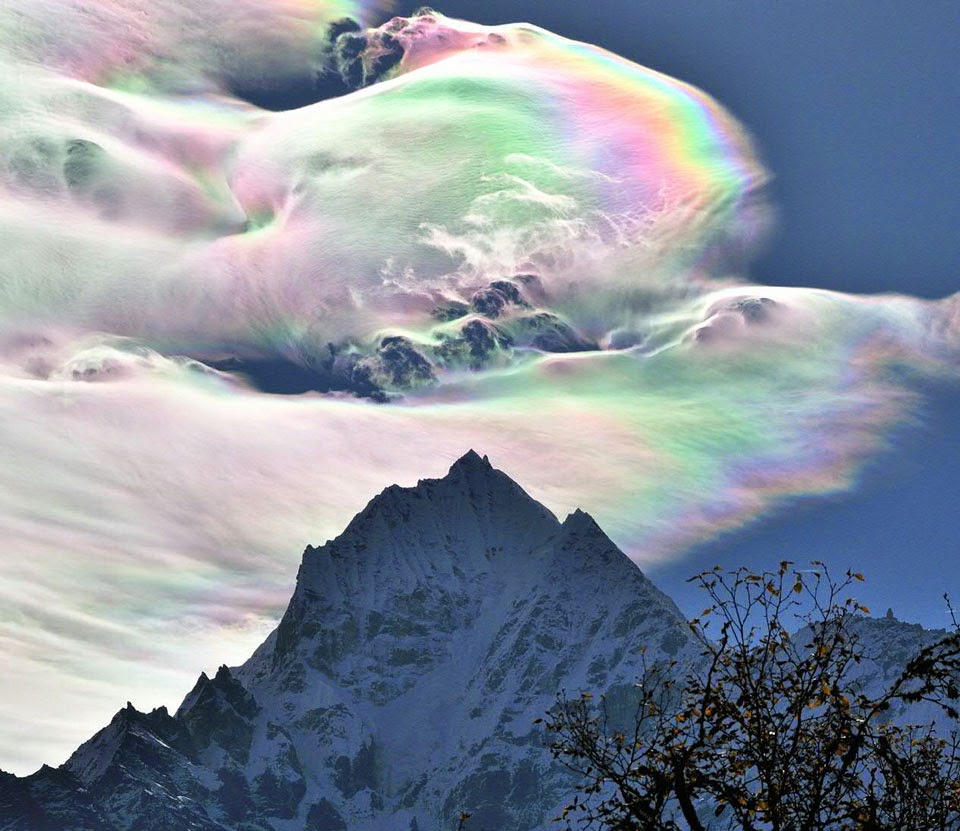 Newton’s wrong guesses are...as interesting as his correct ones. A well-known example is his conviction that light is made of particles, not waves. What he had in mind were solid ‘corpuscles’, not the photons of modern physics, but it’s still tempting to see him as having been half right. And in trying to explain the splitting of white light into a spectrum, he came up with the beautiful notion that the width of the coloured bands matches the mathematical proportions of a musical scale. People had traditionally counted no more than five colours in a rainbow, but for his theory to work Newton needed more, so he introduced two ‘semitones’, orange and indigo, and we’ve been counting seven colours in a rainbow ever since.

Image: iridescent cloud above Thamserku, a 6,600-meter peak in Nepal by Oleg Bartunov via APOD
Posted by Caspar Henderson at 06:07