Roughly one hundred thousand trillion* solar photons arrive every second on every square centimeter of the Earth in sunlight. 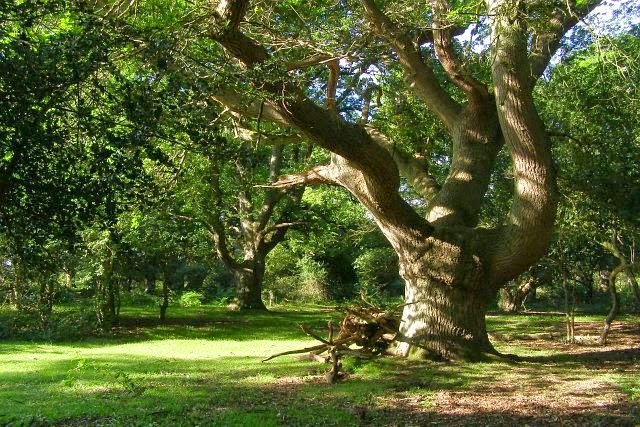 * that is, one hundred quintillion, or 10^17 (via Caleb Scharf). The number of solar photons striking the planet every second is estimated be on the order of 10^45 (via Ethan Siegel)

Image: Twisted Oak on Broom Hill in the New Forest by Jim Champion
Posted by Caspar Henderson at 12:56